The president of FIFA Gianni Infantino has put some plans in motion to enable the use of video replays at the next world cup in 2018. 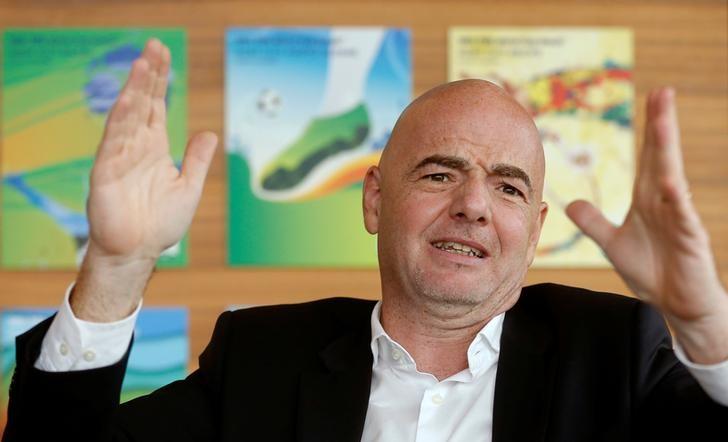 According to him, it would help the referees and other match officials to avoid some serious mistakes that could have easily been avoided.

Being that wrong judgments on the part of match officials have been a very big source of controversy in the past tournaments, Gianni has planned to eradicate any mistakes by providing better surveillance equipments.

On Wednesday, after the first summit of the body, Gianni had said in a comment to reporters that, he believes that the presence of video replays will help officials to make proper and well-informed decisions before awarding penalties, red and yellow cards and even goals.

“It will not answer all the questions a referee can have but it will help them not to make serious mistakes, how? With a referee in front of a TV monitor who looks at the footage and in the space of two, here, four seconds can advise the field referee if he is asked or if he has not seen a serious mistake.

“Once again it will be a time for game changing decisions, goals penalties and red cards that is essentially on these decisions that video replays can intervene,” he said.

The FIFA president, who was elected earlier this year in February, believes that as the world is moving forward in terms of technology, the sport could also benefit greatly and referees could be assisted in decision making by video replays.

He said that the federation had been talking about the technology for about 50 years and are just now putting it to a test. He said that more tests would be conducted at the upcoming club world cup to be held in Japan or even at the Confederations Cup in Russia next year.