According to various sports channels, the governing bodies of FIFA football are considering to move the 2022 World Cup from Qatar.  Speculations regarding in the air and this has come after the arrest of Platini, who deliberately awarded hosting opportunity of FIFA to Qatar. 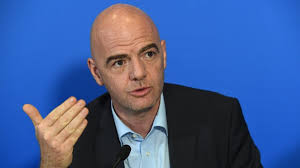 After the arrest of Michel Platini, who was UEFA president before a sensation has been created all over the world for football. And the whole issue has come after the decision made by UEFA to allow Qatar to organize the 2022 World Cup. Platini is not only the president of UEFA, but he is also a legendary footballer. After the allegation, he was taken arrested, but they released him after an interrogation, however, the whole incident has done a good amount of damage to him.

After this, now sports channel are claiming that FIFA is thinking to move the 2022 World Cup away from the country. According to reports, now the authorities are secretly looking for options and substitute of Qatar. According to sports channels, “Secret meetings are going in administration for finding the substitute for Qatar,”

However, as if now it is not clear whether this decision will be taken or not. Thus, we are left to wait and watch what decisions will be taken. Now, it is important to see what Gianni Infantino administration is going to decide after this much of the controversy.

In case the administration decides to move venues of Football away from Qatar, then it will become a historic decision. Also, if the decision will be taken, the authorities will have to take many decisions not just for finding new venues, but also how they will manage everything at a new venue as not much time has left for making such drastic change in the decision of moving FIFA to some other location.